Russia among top 3 destinations in the world for Chinese tourists 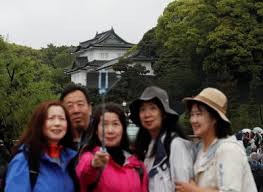 This month a new runway will be operational along with a gleaming new international terminal, Moscow’s Sheremetyevo airport has set an ambitious target that would help to double traffic to 100m passengers in a year. Almost half are set to come from routes that were late addition until recently: connecting flights between Europe and Asia, boosted up by quick growth in tourism from China.

The weak rouble — at present trading at 62 to the dollar, less than half its value five years back — has turned Russia into world’s one of the top three destinations for Chinese tourists, Russian officials say. State agency Rosturizm have calculated that more than 2m Chinese tourists visited Russia in 2019 — compared with just 158,000 a decade ago.

“The rouble devaluation after 2014, Moscow’s efforts to simplify the process for Chinese tour groups to get visas together and active marketing by Russian tourism firms have contributed to the trend,” said Alexander Gabuev, chair of the Russia in the Asia-Pacific programme at the Carnegie Moscow Center.

“Russia has also allowed more flights from regional Chinese air companies to Moscow, which helps to turn the Russian capital into an air hub for Europe-bound Chinese tourism.” Regardless of protests from the culture ministry of Russia that Chinese tourists were crowing St Petersburg tourist sites, their big spending makes them an attractive proposition. According to the central bank, the average Chinese tourist spends $700 on a trip to Russia, as total spending in last year is anticipated to top $1bn. As many as 70 per cent of tax-free receipts handed out at Russia’s airports go to Chinese citizens