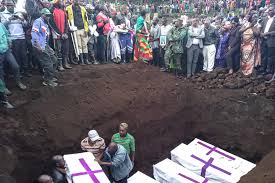 After assault on a popular tourist area by attackers, 19 of them have been killed, Rwandan police said while others are on the run. The attackers killed at least 14 people over the weekend.

Dozens of rebel groups are active in mineral-rich eastern DRC, and the Rwandan district has been attacked repeatedly in the past.

National police spokesman John Bosco Kabera said in a statement that five other attackers have been arrested after the assault on Friday in Musanze district near the border with the Democratic Republic of the Congo (DRC).

The district is popular with tourists visiting nearby Volcanoes National Park to see gorillas. It is not yet known whether tourists were among those killed. Eighteen Rwandans were wounded.

The Rwanda Development Board, which promotes tourism, says in a statement that order has been restored in the area.