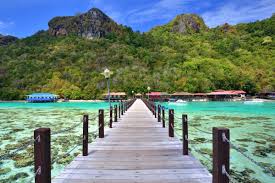 As the Malaysian Agreement 1963 (MA63) deal is still under ‘negotiation’, Sabah’s demand to take over the power to provide tourism-related licenses from the Federal Government could not get materialized.

Deputy Chief Minister Datuk Christina Liew stated that Sabah had been witnessing issues regarding the issuance of licenses to operators from the state and the problem had been continuing for quite some time now.

“The only solution I could see will be the devolution of power in issuing tourism-related licences from the Federal Ministry of Tourism, Arts and Culture (MOTAC) to Sabah.”

“Only when the Sabah Government is given the power of issuing tourism licences, then we could have the power to regulate and carry out enforcement of the law in relation to licence holders,” said Christina, who is also State Tourism, Culture and Environment Minister.

While speaking on Saturday at the Sabah Tourism Awards 2019 ceremony here, Christina said that she had discussed the matter in Parliament earlier on October.

“As the Member of Parliament (MP) for Tawau, I had on October 22 this year asked for devolution of power from the Federal Government to enable Sabah to approve applications for tourism-related licensing and to issue licences.”