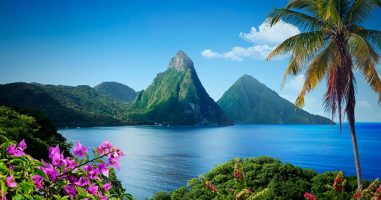 Saint Lucia has reported unprecedented growth in arrivals, with an impressive total of 36,342 stay-over arrivals recorded in August, marking the largest number of arrivals ever recorded for that particular month.

As per Saint Lucia Tourism Authority, the island can now boast of seven out of the eight months thus far this year have recorded unprecedented growth in arrivals.

In three markets, double-digit increases were recorded- US (13 per cent), UK (12 per cent) and Canada (17 per cent), resulting in an overall increase of 6.4 per cent from the figures recorded in August 2018.

Tourism Minister Hon Dominic Fedee has said that the sustained growth trajectory is a clear indication that the carefully crafted and well-targeted programmes, policies and signature entertainment events are resonating as well as gaining traction with consumers in the region and the international marketplace.

Fedee claims that 2019 winter season will see robust growth in tourism as constant initiatives will continue to bear fruits.

Worth mentioning here that Saint Lucia Tourism Authority has collaborated with the Ministry of Tourism, Invest Saint Lucia, Sea Ports authority and the Saint Lucia Air to ensure continuous enhancement of the island’s cruise tourism product.

A total of 760,306 cruise passengers visited Saint Lucia last year, owing to an expansion of Berth No 1 at Pointe Seraphine, which allowed Port Castries to accommodate Vista-, Quantum- and Freedom-class vessels. The target is to ensure that onshore businesses deliver to international standards.

The tourism minister in March said that Siant Lucia was also working with a major cruise line to build a new $150 million cruise port in Vieux Fort near the airport. The new southern port is supposed to help further diversify the island’s cruise offerings.

The authorities have initiated efforts to ensure that all ports, tours, guides and businesses see sustainable growth.