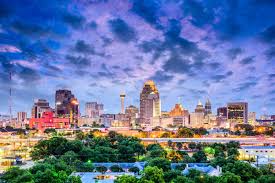 Tourism in San Antonio is rising up with the arrival of 2 million more visitors last year than in 2017. Visit San Antonio President/CEO Casandra Matej announced at the annual meeting of partners Wednesday at the McNay said that they are now tapping to welcome 39 million visitors to the region each and every year. Travel is big business for San Antonio and we continue to grow.

San Antonio remains a top tourist destination with attractions including the River Walk, the Alamo, the historic San Antonio Missions, a UNESCO World Heritage Site, and several theme parks. There’s an increase in the number of baby boomers visiting the Alamo City. However, the tourism industry is bracing for an economic slowdown, which affects travel. Add to that, a Presidential election year in 2020. It also creates a bit of uncertainty for travelers in an election year, she said. People still want to travel, but they may want to get in their cars and go closer to home.

As luck would have it, San Antonio is a big driving destination. Figures show 77 percent of our visitors are from Texas, and 64 percent of our out-of-state visitors drive here.

Another obstacle for the travel industry, not only in San Antonio, but across the Lone Star State, is California’s travel ban. Texas is one of eleven states on California’s travel ban list because of laws that are seen as discriminating on the basis of sexual orientation, gender identity, or gender expression.

Texas has been on the list since 2017  because of a law that California says discriminates against LGBT people who want to adopt. California residents are allowed to visit Texas, but state-funded and state-sponsored travel to the Lone Star State is banned. Other states on the list are Alabama, Iowa, Kansas, Kentucky, Mississippi, North Carolina, Oklahoma, South Carolina, South Dakota, and Tennessee.

San Antonio continues to get its fair share of conventions with the American Heart Association, the Texas Municipal League, the National Foundation of Women Legislators and the Brewers Conference on the schedule.

Visit San Antonio is focusing on creating more ways to showcase the city’s attractions and continue to draw more visitors.