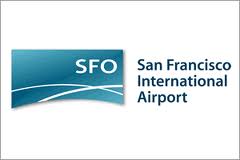 All Roads Lead to Rome, the 17th–19th century architectural souvenirs from the collection of Piraneseum is being showcased near pre-security in the International Terminal Main Hall Departures Lobby of the San Francisco International Airport. The exhibition is on view to all Airport visitors from January 21, 2017 to August 13, 2017, that too without paying any additional charges to view the exhibition.

It is difficult to imagine modern Western civilization without the context of ancient Rome, the Eternal City.  Rome was the world’s largest city from circa 100 BCE to 400 CE, and the cultural and political centre of an empire lasting for more than a millennium.  Its territory encompassed nearly fifty 21st century nations that owe much of their culture, religion, political systems, and infrastructure to Roman models.  Arguably, Rome resonates most potently in its enduring architectural forms and public monuments, which were first widely disseminated in a very familiar method—through tourism.

All Roads Lead to Rome presents more than seventy artworks depicting Roman architecture and monuments.  Most document structures and views as they existed in antiquity, while others depict them as they appeared at the time of the artworks’ creation.  And some, like the imaginative capriccio paintings, present fantasy structures or combine real monuments in fanciful views.  Many are true souvenirs for visitors to Rome wishing to return home with symbols of their cultural inheritance, while a select few were made singularly as commission proposals or elaborate gifts.  All, however, convey the essence of Rome’s splendid architecture, and the timeless grandeur of its ruins.

All objects are from the Collection of Piraneseum.  The airport authorities gave special thanks to guest curators David Weingarten and Lucia Howard for their generosity and scholarship.