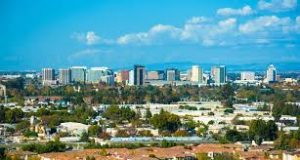 An overwhelming outcry from neighboring residents has stopped the proposal of a five-story hotel in a quiet, San Jose neighborhood lined with historic homes in its tracks. The San Jose City Council unanimously voted this week to reject the construction of a 120-room hotel with a rooftop deck, restaurant and bar and balconies on two parcels of land at 615 and 623 Stockton Avenue surrounded on three sides by homes, many of which were built more than a century ago.

The decision was met with loud applause and celebratory cheers from the nearly three dozen neighboring residents in the audience.

Resident Nick Nowell said that this modern corner development would overshadow these historical designs and become the dominating skyline in our neighborhood, instead of Spanish tiles and trees, said during the meeting. The councilmember Dev Davis, who represents the project’s neighboring residents, made the motion to deny the project, saying that it was “incompatible” with the neighborhood and would not benefit residents.

In January, members of the city’s planning commission, in a split 4-3 vote, recommended that the council approve the hotel. Plans submitted by the property owners would have required demolishing a vacant, 4,400-square-foot commercial building and relocating a historic home currently on the site. The residents in the surrounding neighborhood of Alameda Garden — where most of the homes were built between the 1880s and 1920s — are currently trying to obtain a historic designation for the neighborhood. Although most who spoke Tuesday night said they were not opposed to development in the area, they pleaded to the council that it be conducted in a way that respected those who had lived there for generations.

The project’s architect, San Francisco-based AXIS/GFA, and applicant, Infinite Investment Realty Corporation, highlighted changes made to the project in response to resident concerns and the benefits they felt would serve residents in the area.

But Mayor Sam Liccardo scolded the property owner for failing to work effectively with neighbors and city leaders before moving ahead with the plans for the property.