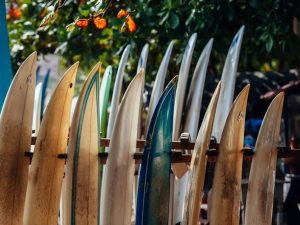 The Santa Cruz County saw its tourism industry reach the mark of U.S. dollars one billion in 2018 which is a first for the region. Visit Santa Cruz County attributed the milestone to several factors, including a strong push to attract foreign visitors. Along with domestic travellers, tourists from Britain, Germany and Australia are visiting in large numbers, as are nearby Canadians, according to Christina Glynn, communications director/film commissioner for Visit Santa Cruz County.

The county’s tourism spending has made steady gains over the last eight years, according to Glynn. In 2017, the tourism spending was U.S. dollars 976 million. The dollars are tallied based on tourism spending in various sectors such as lodging, food service and other tourism-specific categories as per Glynn.

In 2010, the county moved to a new funding innovation called the ‘TBID’ or ‘Tourism Business Improvement District.’ The TBID is controlled by the county’s tourism-related businesses who agree to an assessment on their guests.

Glynn explained that prior to the TBID funding for tourism marketing came from the ‘Transient Occupancy Tax’ (hotel bed tax) which had to be shared with other regional services. When the TBID system was implemented in Santa Cruz County, the Visit Santa Cruz County marketing budget more than doubled to $2.2 million.

They need to differentiate themselves from other California coastal destinations.