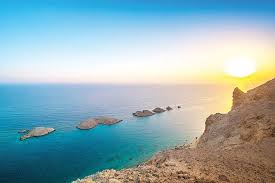 Saudi Arabia has been described as tourism’s “last untouched frontier” after the launch of its first tourist visa scheme weeks before.

Nicolas Mayer, tourism consultant at PricewaterhouseCoopers, said that
now Saudi Arabia has finally opened its doors to the world, giving visitors a
unique opportunity, something he described as a “Facebook moment.”
Mayer said that tourists could claim to be among the first to enter the
country and discover its hidden gems — many of them so well hidden that
even Saudis didn’t know about them.

“When you look at what drives tourists to visit, sometimes I call it the
Facebook moment. You want to do something that is new and innovative,
and what our parents and friends have not done,” Mayer said on the
sidelines of the Future Investments Initiative 2019 (FII 2019) in Riyadh.
Mayer added, “People want to go to AlUla and take a beautiful selfie so
everybody says: ‘You went where? How far? How exotic!’ If we get that, and
I’m convinced we can, then we’ve won.”

With the launch of its new tourist visa, Saudi Arabia is the most “exciting
case study” on tourism and the “last untouched frontier destination,” Mayer
said.

The Kingdom’s new tourist visa scheme, launched on Sept. 28, offers a visa
on arrival to visitors from 49 countries, while others have easier access
through the Schengen scheme. The visa allows tourists multiple entries for
90 days. The project’s slogan is “Saudi, open hearts, open doors.”

Saudi Arabia is now an attractive proposition for foreign investors,
especially now that the leadership is backing all aspects of tourism.
The Red Sea Project and NEOM will not only be major attractions, but are
also environment-friendly, including coral reefs and turtle nesting areas on
the Red Sea coast.