Scoot Airlines flight delayed by 10 hrs due to hoax threat 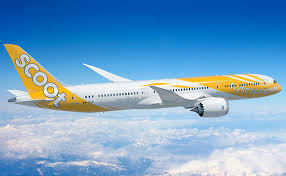 A Singapore-based airline company, Scoot Airlines, had to delay its flight from Bangalore to Singapore by more than 10 hours on April 23 due to a security threat. The threat arose out of a false statement made by a foreign national on the flight. Around 173 passengers of Flight TR573 were stranded at the airport. The flight was supposed to depart at 2.30 am but took off only after 10 hours.

Speaking to the media sources in the Bangalore International Airport said, “after all the passengers had boarded inside the flight and when the flight was about to take off, the flight crew heard a foreign national on board talking about a machine gun in his guitar bag. Immediately the crew informed this to the pilot and the pilot informed the airport agency.”

By then, the flight had not taken off. “All the passengers were made to go through security screening and immigration clearance once again. Hence, the flight was delayed. However, after the checks, the threat turned out to be a hoax,”.