Scotland all prepared to organize the first spaceport in the UK 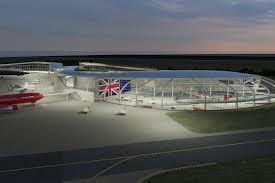 The government has emphasized space as a major revenue source for Britain, with spaceports potentially making the UK not only the exclusive nation in Europe to introduce satellites, but simultaneously one of the first to make the most of the immense possibility of the commercial space age.

The A’Mhoine Peninsula in Sutherland, one of the northernmost points of Scotland has been awarded an initial funding of £2.5m (US$3.3m, €2.8m), which will be utilized to build up the UK’s first vertical launch site, with the spaceport to open by the early 2020s.

The budding space ambitions of Britain will be financed by a £50m (US$66m, €56.6m) financial package, owed by Greg Clark, the business secretary for government. As part of that package, £2m (US$2.7m, €2.3m) will be utilized to expand a horizontal launch spaceport, with locations like Newquay, Glasgow Prestwick and Snowdonia under consideration for the site.

“As a nation of innovators and entrepreneurs, we want Britain to be the first place in mainland Europe to launch satellites as part of our industrial strategy,” said Clark.
“The UK’s thriving space industry, research community and aerospace supply chain puts the UK in a leading position to develop both vertical and horizontal launch sites.

“This will build on our global reputation for manufacturing small satellites and help the whole country capitalise on the huge potential of the commercial space age.”

The UK Spaceflight Programme prepares to award additional grants to innovative satellite launch companies at the Farnborough International Airshow, a five-day trade event providing the aerospace industry a business platform. Developing low-cost access to space will be important for the sector, chiefly in the realm of space tourism.