Scottish Highlands will become the first area in U.K. to introduce £1-per-night levy 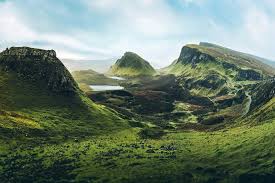 The Scottish Highlands has become the first area in the U.K. to introduce a ‘tourism tax’ on campers, as a £1-per-night levy is approved by the council.

Highland Council voted in favour of the controversial charge after concerns were raised about visitors being left with a “negative impression” of the standard of local facilities.

Some of the problems raised include litter being left on the streets, human waste being dumped down drains and cars on the road creating gridlock.

The funds raised – estimated to be up to £10m a year – will be put towards keeping towns and villages in good condition to ensure people want to return. It could come into force as early as 2021.

Edinburgh voted in favour of a similar £2-per-night tax earlier this year, but those staying in campsites were exempt from the charge – which is added to the accommodation bill for the first seven days of the trip.

In the Highlands, wild camping is a popular pursuit among walkers and climbers in places like the Cairngorms.  Speaking at a council meeting on Monday, Cromarty Firth councillor Maxine Smith said that they love tourists in the Highlands, and they spend millions here, but they don’t bring it to council, they bring it to business, and we have to do all the extra work, pick up the tab of public services.

Some 25,000 jobs are linked to tourism in the Highland region and last year around 6.5 million people visited attractions including Loch Ness, Ben Nevis, Moray Firth, Inverness and the Isle of Skye. It is feared that forcing hotels and other businesses to impose the levy could dampen the booming local tourism industry.

Stewart Nicol, chief executive of Inverness Chamber of Commerce, said that they are bitterly disappointed at the council’s decision. This sends out a potentially damaging message to visitors who wish to come to the Highlands but may now decide to go elsewhere. Imposing a local tax on visitors gives a clear statement that this area will be more expensive than others to visit.

It will almost certainly influence where visitors will choose to stay and also be an additional layer of complexity to local taxation which could deter inward investment.

The tourism sector is already facing unprecedented challenges with recruitment and retaining of skilled staff, a situation critically exacerbated by the prolonged and damaging uncertainty around Brexit.

The sector has been under significant cost pressure in recent years, particularly around business rates. Regardless of how the levy is framed, this would act as a further unwelcome tax on this hard-pressed sector. David Richardson, from the Federation of Small Businesses Scotland, said that it will do “everything possible” to ensure the tax “does the least possible damage to our most important industry”.

A spokesperson for The Scottish Tourism Alliance (STA) added that the STA is disappointed but not surprised that Highland Council has voted to explore the idea of a tourist tax in more detail and start drawing up plans for what the implementation might look like, given the variations in support for the tax in its consultation.