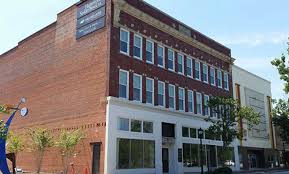 The Raines Hospitality and Spring-bridge Development has officially opened $15 million, 103-bedroom hotel in downtown Florence at the corner of East Evans and Dargan Streets.

This five story hotel is called Hyatt Place and is the second hotel in downtown Florence. It’s created approximately 30 jobs.

The city of Florence Downtown Manager Ray Reich said a second hotel gives the downtown area the spark it needs to continue growing.

“To have a sustainable downtown you’ve got to have not just daytime activity, which you have because of the workforce downtown, but you’ve got to have night time vibrancy. Night time vibrancy primarily comes from people who live downtown and people who stay downtown. And that’s where hotels become critical. With the new Hyatt Place that adds 103 rooms. Add that to the Hotel Florence where they have 84 rooms and all of a sudden now you’re talking about a fairly large number of people who need a place to eat, who will go into the shops. So, it gives that night time energy. And that economic development piece after hours that is critical to downtown,” said Reich.