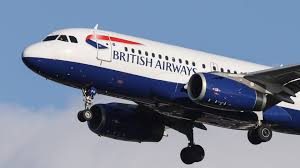 Owing to security concerns, British Airways suspended flights to the Egyptian capital for a week on Saturday, the airline said.

The passengers of a Cairo-bound flight were informed by the airline, “We constantly review our security arrangements at all our airports around the world, and have suspended flights to Cairo for seven days, as a precaution to allow for further assessment,” adding that the flight had been cancelled.

The statement did not disclose the security risk causing the cancellation of the flights, but said, the safety of their customers comes first.

One of the passengers said, the flight was cancelled when they were about to start boarding.

On Friday, the British Foreign Office warned people of “heightened risk of terrorism against aviation,” and said that additional security measures had been taken for the flights from Egypt.