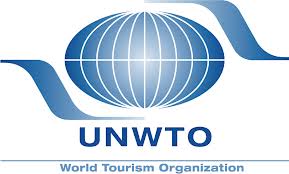 The Seychelles government has withdrawn the candidacy of its former minister of tourism for the post of Secretary General of the UNWTO following a request from the African Union (AU) because of the possibility of sanctions against the island nation.

The withdrawal decision of St. Ange’s candidature was taken at an extraordinary meeting of the Seychelles cabinet of ministers on Tuesday.

To quote Seychelles Vice President Vincent Meriton, “The government received a note verbal from the African Union dated the 8th of May 2017 asking the government to remove its candidate for the post of Secretary General of the UNWTO. There were mechanisms in place which makes provisions for countries not abiding to procedures for nomination of candidates.”

Failure to adhere to the request would have resulted in the AU imposing sanctions on Seychelles. The sanctions would have affected the nomination of any Seychellois for other international posts, the bilateral agreements in trade and commerce with other African countries and the air service agreements between African airlines currently operating in Seychelles and African destinations of the island nation’s carrier, Air Seychelles.

In the SADC meeting in March last year and the AU in July, member states of the two African grouping including Seychelles had collectively voted to support the Zimbabwean candidate, Dr. Walter Mzembi.

St. Ange, who has been campaigning for the position for five months said on his part, “Africa is today loosing because of the decisions taken by the African Union with a list of measures that will be imposed on Seychelles, which people are saying can be considered as blackmail, knowing full well that Zimbabwe cannot take it.”

St. Ange, who is also calling for the United Nations to disqualify Zimbabwe, added that “We (UN) cannot accept a block of countries to exert pressure to remove a genuine candidate. This is blackmail, and blackmail cannot be tolerated. UN should sanction Africa as a whole.”