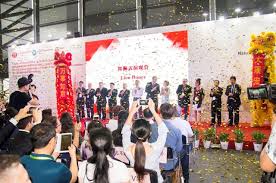 This year, 28 overseas performance groups have confirmed they would perform at the opening parade of the festival on Sept. 15. Among them, 12 groups come from countries and regions along the Belt and Road. Performers from Ecuador and Peru will also participate in the event for the first time.

As a celebration of the China-EU Tourism Year and the China-Canada Year of Tourism, floats representing the EU and Quebec in Canada will debut in the parade.

The Shanghai Tourism Festival has been held annually since 1999. The 2017 festival attracted over 12 million visitors.

Festival organizers have said they expect more international visitors this year as Shanghai will also host the China International Import Expo in November.

The festival will last until Oct. 6. Shanghai will open several tourism service centres in the city’s international airports and ports.

More than 70 tourist destinations will offer ticket discounts for the first week of the festival.

The three-week festival features over 70 special activities, and some are designed for overseas travellers.