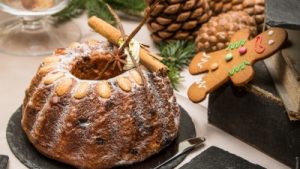 Welcoming travellers from far and wide, seeking solace by a warming fireplace, or tempted by bespoke tasting menus fit for Three Kings, Four Seasons Hotel des Bergues Geneva invites guests to #ShareTheFSSpirit with culinary delights and exclusive offerings, where the magical season is celebrated in elegance and style.

Experience the festive magic and indulge in culinary delights, with the scent of freshly roasted chestnuts, the aroma of hot chocolate with cinnamon, the colourful and gleaming decorations, the sparkling lights, and the spectacular white snowcapped mountains of the Alps. Admire the spectacle of lights and illuminations, all throughout the city of Geneva. Celebrate this very special holiday at Four Seasons Hotel des Bergues, and experience a magical Christmas and the New Year, with our selection of exclusive offers.

December 31, 2018 from 8:00 pm
Celebrate the start of 2019 by savouring mouth-watering and sumptuous Italian creations by Chef Massimiliano Sena and his team.

Christmas Market at Parc des Bastions, in the Old City of Geneva

Just a few steps away from the Hotel, Geneva’s first Christmas Market is being held. The festive ambiance with a gathering of skilled local artisanship will inspire any still looking for Christmas gift ideas. Indulge in the magical spirit of local vin chaud, and relax in cosy chalets offering traditional raclette or fondue. Children will be thrilled and amused with an ice rink, carousels, attractions and live festive entertainment.

A Festival of Lights, organised by the City of Geneva and the Department of Urban Environment and Security, invites revellers to view and admire various luminous work of art created by the artistic leadership of Julien Pavillard. The façade of Four Seasons Hotel des Bergues, one the many locations throughout the city, is setting the stage to highlight aesthetics of typefaces created by famous foundries. Encor Studio has chosen to place ten texts by foreign poets written in different languages in motion. The result is an ultra-contemporary creation rooted in Swiss graphic identity.