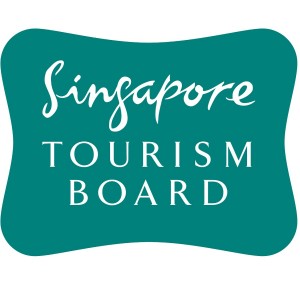 As the tourism number of Singapore increases, this sovereign city-state needs more hotels and accommodation set up to tackle the rising number of tourists.

There is a significant rise of hotel rooms to keep pace with rising tourist numbers in future despite substantial growth in room supply over the last three years.

On the demand side, the Singapore Tourism Board (STB) draws more international visitor to Singapore. This is helps to rise by some 4 per cent to a top of 18.1 million this year following the record-high 17.4 million received in 2017. Singapore Tourism Board also forecasts tourism receipts to be in the range of S$27.1 billion to S$27.6 billion.

Colliers executive director of valuation and advisory for Asia Govinda Singh said that visitation growth could be tempered by the tight supply of hotel rooms, especially at the mid to lower end of the market. It could therefore be an “opportune” time to reconsider more development and investment in the hotel sector.

As a result of the trickle of new hotel rooms, Colliers anticipates the average hotel occupancy rate in Singapore to remain at more than 84 per cent. The examining room stock versus demand, Colliers found that hotels in Singapore are full almost all the time during peak periods, and especially during Monday to Thursday, and Saturday nights.

Hoteliers in Singapore should see an improvement in average daily rate (ADR) going forward, Colliers said, with the increase in room supply not expected to be significant as long as regional currencies remain relatively weak.

The Chinese tourists are expected to continue to take drive visitor arrivals, with outbound trips projected to jump by 47.7 per cent from 120.1 million in 2015 to 177.4 million in 2020.

According to the data revealed by Singapore Tourism Board, the three largest markets for visitor arrivals in 2017 were China, Indonesia and India, with India seeing the highest growth rate.

The current fractious political climate between the US and China could weigh on business and consumer confidence, but Mr Singh said intra-Asia travel and the growing domestic markets in a number of larger destinations across Asia is likely to continue to underpin demand. Across the Asia Pacific, room occupancy levels for hotels have crept up 1.5 per cent year-to-date in February, from the same period a year ago. However, the increase came at the expense of ADR, which fell 4.5 per cent under the weight of Central and South Asian properties.