Singapore welcomed 6.18 mln tourists in the second half of 2018 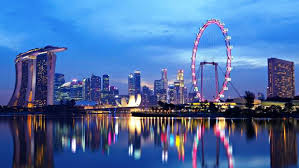 The tourism sector of Singapore is widely expected to continue its rapid growth momentum throughout the second half of 2018, powered by a burgeoning travel demand and increasing flow of tourists from larger nearby markets such as China and India.

Travel Industry experts, however, do caution that there is some remaining downside risks involved, including the looming specter of a full-blown international trade war, which would almost certainly curb the enthusiasm currently surrounding the market.

From January to April of this year, the number of overall arrivals to Singapore rose nearly 7 percent in terms of that same period last year, reaching approximately 6.18 million, according to preliminary estimates from the Singapore Tourism Board (STB).

China is the best market source for Singapore. Those numbers continue a powerful growth trend, undergoing an 11 percent jump for the January to April period that brings their total up to 1.22 million. Meanwhile, arrivals from India have also continued to surge, growing up a larger 19 percent rate up to 417,400 total visitors to Singapore from that nation.

The visitor arrivals to rise by between 1 and 4 per cent, and the resulting tourism spend to thereby grow by somewhere between 1 and 3 percent.

This is all happening, it should be noted, after the sector registered record highs in tourism spend and visitor arrivals for the second year in a row during 2017, throughout which Singapore welcomed 17.4 million visitors and a subsequent tourism spend of S26.8 billion.

One of the main contributors to Singapore’s healthy market is, indeed, a robust Asia Pacific hospitality market in general.

The Asia Pacific market currently has the most robust project pipeline in the world, with 2,017 projects coming soon that will bring the market a grand total of 483,944 new rooms for guests.