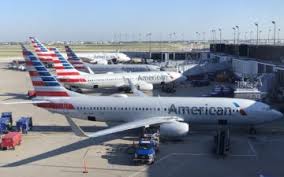 After rains and flooding from tropical depression Imelda forced the airport to close briefly on Thursday, Houston’s George Bush Intercontinental Airport managed to bail itself out of a flight schedule mess.

The closure lasted less than two hours but it was long enough to cause delays for more than 650 cancelled flights at IAH and 230 delays at one of the nation’s busiest airports.

By 10 a.m. EDT on Friday, those numbers were down markedly, to 345 cancellations and 58 delays, according to flight-tracking website FlightAware. However, United Airlines, which has a major hub at IAH, had 77 cancelled flights but no delays.

The airport’s Twitter account said it was open to all arriving flights as of 4 a.m. CDT but cautioned passengers to check directly with their airline about their flight status due to the number of diverted flights as well as the backlog of delays and cancellations.

On Thursday night, the airport tweeted that the security checkpoint at Terminal B would be closed until noon Friday CDT and instructed United passengers to use the checkpoints at Terminal C or E instead.

Delta has also waived change fees for flights involving both IAH and William P. Hobby (HOU) that were scheduled to depart between Tuesday through Friday. Tickets must be rebooked, and travel must begin by Monday.

Southwest customers with flight reservations to, from or through Houston Hobby (HOU) scheduled for Tuesday through Friday can rebook their flights within 14 days of the original travel date without incurring a change fee.

Frontier has waived change fees for passengers who purchased tickets by Monday, Sept. 16, for travel to, from or through IAH between Tuesday and Thursday. Travel must be completed by Oct. 4.

National Weather Service Sensors near the airport detected 3.4 inches of rainfall between 8:37 and 9:37 a.m. CDT. Visibility got as low as a quarter-mile during the worst of the rain.