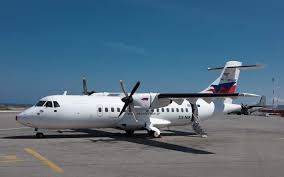 Greek airline Sky Express said that the airline company had signed an agreement with Air France KLM to cooperate on flights connecting Paris and Amsterdam with the Greek islands. This partnership helps to boost more tourism in Greek islands. Here the tourism accounts for about a quarter of economic output in Greece, which saw a record number of about 33 million visitors last year.

Sky Express said the deal would allow passengers to travel across its network with the convenience of a single ticket reservation.

Sky Express said that this simplifies travel arrangements for Air France- KLM and Sky Express, since all the baggage transfer sercices are being provided at the connecting airport. Air France offers 39 weekly flights to Athens from Paris-Charles de Gaulle, in addition to KLM’s 14 weekly flights from Amsterdam-Schiphol.