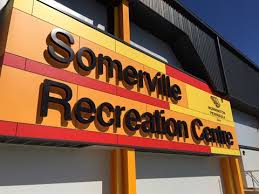 The Somerville Recreation and Community Centre has been rebuilt bigger and better than ever, after it was tragically destroyed by fire three years ago. Minister for Tourism, Sport and Major Events Martin Pakula opened the rebuilt complex today thanks to almost $1.3 million in funding from the Andrews Labor Government’s Better Indoor Stadiums Fund.

The community centre has been repaired and upgraded and the expanded stadium will now give clubs improved access to court space and flexibility to schedule games and training.

The Better Indoor Stadiums Fund is a Labor Government initiative that helps deliver indoor multi-sport courts across metropolitan Melbourne and regional Victoria. Since 2016 the fund has helped develop 10 stadiums across Victoria.

The fund is part of the Government’s commitment to getting Victorians up and active. Across Victoria the government has invested more than $630 million in community sport and recreation facilities since 2014.

Minister for Tourism, Sport and Major Events Martin Pakula said that Somerville Recreation and Community Centre is a huge part of the Western Port community and he is proud they have been able to play their part in this important rebuild. Local clubs are the breeding ground for the next generation of sporting champions and they deserve modern and safe facilities they can be proud of. This new complex not only replaces but enhances facilities for local clubs and will serve the growing community for years to come, enabling more people to get active and enjoy the sport they love.