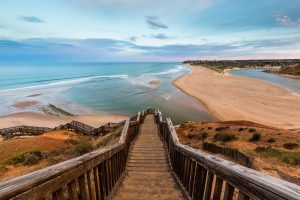 South Australia’s tourism sector has hit an all-time high with a huge increase in spending by tourists over the past year. Tourists have spent $7.6 billion in this period, which is the highest expenditure by them so far.

The latest international and National Visitor Survey shows an increase in visitors’ expenditure, up 12 per cent from last year.

South Australian Tourism Commission CEO Rodney Harrex said that the new figures instilled a new confidence in the tourism sector and also proved that SA was moving forward in the right direction. He said that the aim was to build a strong and competitive sector and that SA had partnerships with the dedicated operators and they all were working towards achieving the same goal.

Acting Minister for Trade, Tourism and Investment, Tim Whetstone, said that it was great news for South Australia across the board but it was particularly pleasing for the regional tourism operators, who were getting good results from their hard work and realizing strong growth.

China has again led international growth- with a record high visitation of 66,500, up 19 per cent and it has easily surpassed its 2020 growth target of 57,000 visitors.

Whetstone said that the industry was getting benefits because of healthy airline roads, rising event numbers and increased demand for rooms. He said that efforts were being made to identify new opportunities, new markets and creative campaigns. “We have fixed the target of achieving an $8 billion visitor economy by 2020,” he said.