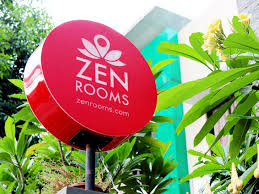 South Korea’s most popular hotel app is taking over a Southeast Asian startup backed by Rocket Internet SE to bet on the region’s booming travel industry.

Yanolja Co offers online booking for 20,000 lodgings in South Korea, will invest $15 million in Singapore-based Zen Rooms in return for a controlling stake, the Seoul-based company said in a statement.

Southeast Asia is one of the world’s fastest-growing regions with a nascent digital market fuelled by startups like Grab and Tokopedia. Yanolja valued at more than 700 billion won ($622 million), sees the region as pivotal to its overseas expansion, which includes an alliance unveiled in March with Rakuten Inc. to enter Japan’s vacation rental business.

Kim Jong-yoon, chief business officer at Yanolja said that Southeast Asia is riding the fast track of its growth and that means no foreigners, but locals will travel the region more often.

Rocket is a Berlin-based startup investor that recently agreed to sell online retailers in Pakistan and India. Yanolja, which is expanding beyond love hotels to accommodate families and business travelers, generates income by taking a cut of booking fees and payments from motels seeking prominent spots in its app.