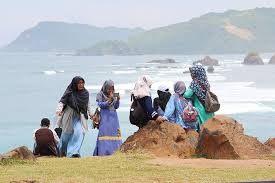 The Alhambra is a hilltop palace at the foot of the Sierra Nevada Mountains that was originally built for military purposes; however, almost seven centuries later, it stands as one of the most exquisite monuments of Al Andalus, also known as Muslim Spain.

The palace, named from the Arabic al-qala’a al-hamra meaning ‘the red castle’, and its capital, Granada, hold immense symbolic value.

With an eye on this history, Spain is aiming for a larger share of the halal tourism market, which is the fastest-growing segment in the travel industry. It is expected to be worth $274 billion by 2023, according to the State of the Islamic Economy Report 2018/19.

With its rich Islamic heritage, top football teams, Mediterranean climate and diverse gastronomy, Spain has all the right ingredients to become an attractive halal tourism destination.

Several operators in Spain are enthusiastic about halal tours, which typically weave between Barcelona, Madrid and Andalusia’s key historic cities – Granada, Cordoba and Seville. Others take in additional Spanish destinations, or tag on journeys to Portugal or Morocco.

Spain is now the second most-visited country globally. Over 82 million tourists visiting Spain in 2018, approximately two million of them were Muslims from outside the EU.
The majority of Muslim travelers to Spain come from Algeria, Morocco and Turkey.