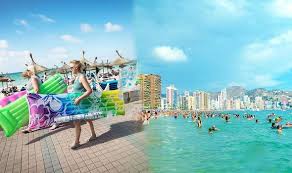 Spain will have a backup plan for an aviation deal with the UK after Brexit.

Deputy Minister for European Affairs, Jorge Toledo, has pledged to secure an aviation deal with the UK if there is widespread disruption in air travel after the UK leaves the bloc.

He said in case a UK-EU aviation deal does not come through, Spain would have its own to make sure that British tourists are still able to visit after Brexit – deal or no deal. To quote Toledo, “If there isn’t an agreement, then we will have a plan B ready. It would be necessary to work on a European solution but also on a national-based solution.”

He said that Spain has around four months to establish a back-up plan because airlines tend to make their flight plans one year in advance.

The country aims to protect its tourism industry and commercial links, including the commercial role played by Iberdrola SA and Banco Santander SA in the UK economy.

Spain remains one of the most popular destinations in Europe for British holiday makers.

In the first half of 2017, there was a 12 per cent jump in visitors, with more than 36.4 million tourists visiting Spain.