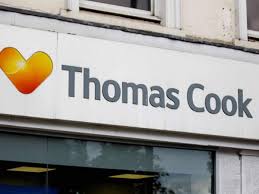 The Spanish Government announced a recovery plan worth 300 million euros to deal with the economic fallout of the collapse of British tour operator Thomas Cook, acting Tourism Minister Reyes Maroto said on Thursday.

The plan will be made up of 13 separate measures and include a credit line for the affected companies, Maroto said.

Shortly after Thomas Cook announced its collapse on September 25, the Spanish Government asked the EU to allocate financial help from the European Globalisation Adjustment Fund to manage the impact of the company’s folding up on the Spanish labour market.

The European Globalisation Adjustment Fund “provides support to people losing their jobs as a result of major structural changes in world trade patterns due to globalisation, e.g. when a large company shuts down or production is moved outside the EU, or as a result of the global economic and financial crisis”, according to the EU Commission.
It has an annual budget of 150 million euros — half of what Spain has decided to spend to limit the impact of the Thomas Cook collapse.

Thousands of jobs in the Spanish tourism sector are at risk following the collapse, especially in regions such as the Spanish Balearic Islands and Canary Islands.
Other tourism-heavy EU countries, such as Greece and Portugal, may also be heavily affected.