Spicejet flight forced turn Back Due to Snag 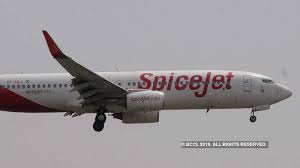 A SpiceJet aircraft that had just taken off from Tirupati airport was forced to turn around and make an emergency landing after the pilot detected a technical snag, news reports stated.

The plane carrying 40 passengers was flying from Renigunta International Airport in Andhra Pradesh to Hyderabad on its return trip when the technical snag occurred.

However, it landed safely.

A SpiceJet spokesperson said, “SpiceJet flight SG 1042 operating on the Tirupati-Hyderabad sector was cancelled due to a technical issue on Wednesday. All Passengers were adjusted on alternate flights.”