SpiceJet to stat its new airline in UAE 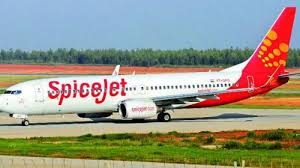 SpiceJet said that it sees “tremendous potential” in Ras Al Khaimah, and will start basing aircraft in the emirate in December 2019. SpiceJet signed a Memorandum of Understanding (MoU) with the RAK International Airport on Wednesday to start direct flights between RAK and New Delhi from this December. It will operate five flights a week and aims to gradually increase the frequency, the Khaleej Times reported.

Singh said they have applied for a licence for setting up a new airline which will operate from Ras Al Khaimah and is slated to take off next year.

“We are looking to establish an airline locally based in Ras Al Khaimah. We are applying for certification shortly and the approval will take around three to six months. The new airline will help connect India with Eastern and Western European destination using RAK as hub,” Singh said.

SpiceJet will be the sixth airline to operate from the UAE after Emirates, Etihad, Air Arabia, flydubai and the recently-announced Air Arabia Abu Dhabi.

He said that around four to five jets will be based in Ras Al Khaimah and those will be 737 MAX series after they have been certified by the US regulator.

Singh noted that airports in India are getting congested and with new aircraft coming for SpiceJet, the carrier is forced to look at alternatives in the region.

The SpiceJet chief also said the name and destinations for the new airline are still at the discussion stage.

According to him, there is a strong potential to make Ras Al Khaimah a hub for connectivity with Africa, Middle East and Europe.

“We have started SpiceJet freighter aircraft and we will be expanding on that as well. We are trying to create a logistics hub at RAK airport for aircraft maintenance and repair operations”.

“We continue to develop an extensive portfolio of destinations and airlines for our passengers as we perceive a consistently developing demand for visitors and tourists coming to Ras al Khaimah,” said Sanjay Khanna, CEO of RAK International Airport.

The budget carrier has been expanding its Indian as well as international operations aggressively in recent months.

SpiceJet, which operates 550 flights on an average every day, has a fleet of 77 Boeing 737s, 32 Bombardier Q-400s and three Boeing 737 freighters, as per a release issued on September 26.