Spike in crime tourism in Britain, one in five arrested is a foreigner 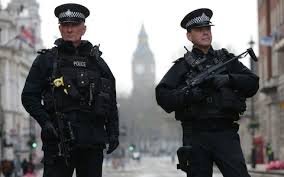 Statistics suggest the UK has fallen prey to a wave of crime tourism with an overseas lawbreaker held every three minutes on average last year.

As per statistics the UK sees a surge in crime tourism, it was revealed on an average an overseas lawbreaker was held every three minutes in 2017.

The figures revealed that almost a fifth of all crime suspects arrested by the police were foreigners and how it turned into a lucrative target for gangs of criminals.

In 2016-17 in total 172,732 of the 931,155 people were foreign nationals.There was an increase from 16 percent from the previous year as per the ACRO Criminal Records from police forces around the country.

At present 11 percent of the prison population in England and Wales are foreigners.A Lithuanian gang was jailed for raid on family jewellers in Cornwall, another Romanian pickpockets followed popular bands on tours around the UK. They stole mobile phones from the concert goers.

Considering the case of Lithuanian builder Arnis Zalkalns, the risks of free movement for convicted criminals were illustrated.

He was able to move in London without anyone knowing his background although he was earlier jailed for murdering his wife in his homeland.Before hanging himself in 2014 he had killed a school girl.

The police were developing the first national strategy to counteract the ‘growing threat’ of FNOs- foreign national offenders.

The forces went under a ‘health check’ to assess how they were dealing with problems and were made to learn tactics on recording nationalities in every case with the use of international systems to share data along with the recruitment of ‘agents’ in immigrant communities to provide crucial intelligence.