Stampede at rap concert in Algeria, at least 5 killed 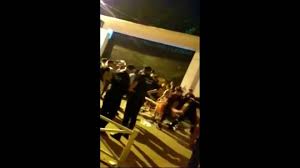 A stampede at a rap concert in the Algerian capital has resulted in the death of at least 5 people, Bernama News reported.

Thousands had gathered at a stadium in Algiers to see rapper Abderraouf Derradji, better known as Soolking, perform when a stampede is said to have broken out at one of the entrances.

Video footage posted on social media showed medics carrying a person believed to be a victim of the stampede on a stretcher outside the stadium.

The concert went ahead and was carried live on an Algerian TV channel.