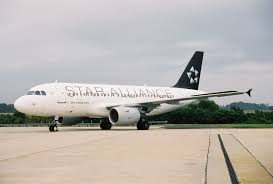 Accepting the award at the Paris Air Show, Jeffrey Goh, CEO Star Alliance said: “Our commitment to improving the customer journey is being recognised year after year. We are honoured to once again be receiving these two prestigious awards, which are testament to the hard work of our more than 430,000 member airline employees and the unwavering loyalty of our customers. We take pride in offering our passengers a better customer experience across our global network of 28 member airlines and will continue to make the alliance journey even better in the future”.

Star Alliance continues to reshape air travel through its digital and innovative services. Since the launch of the Star Alliance Connection Service in 2017, the service has helped thousands of passengers reach their onward flight, when the connection from one member airline to another was at risk due to an unforeseen delay. To enhance the customer journey even further, Star Alliance will soon put its Connection Service at the customers’ fingertips by providing transfer information on their mobile devices, giving passengers the opportunity to easily navigate through airports they might not be familiar with.

The World Airline Awards were introduced in 1999 to provide a customer satisfaction study that was truly global. Travellers across the world vote in the largest airline passenger satisfaction survey to decide the award winners.

Star Alliance was the first airline alliance to receive the Best Alliance Award from Skytrax when the category was first introduced in 2005.

Over 100 customer nationalities participated in the latest survey with 21.65 million eligible entries counted in the results. More than 300 airlines are featured in the survey results.

The online survey operated from September 2018 to May 2019, together with invitations sent to previous year respondents in the survey database. Customer survey forms were offered in English, French, Spanish, Russian, Japanese and Chinese.