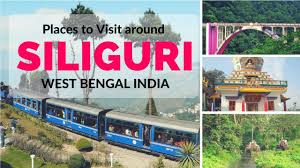 To endorse Bengal as a preferred tourist destination, the state government has recently adopted several measures and in such initiative, the tourism department of the state has plans to develop new tourist destinations near Siliguri. Recently on Thursday, the Tourism Minister, Mr. Gautam Deb has laid the foundation stone to an embankment project on the river Teesta. This will be followed by a tourism project in the area. Deb laid the foundation stone at Lalton Chumukdangi in Dabgram, Jalpaiguri district.

To quote the Minister, “Owing to the erosion of the river banks of the Teesta, the Chumukdangi village has become highly vulnerable. Embankment and spurs will be built at a cost of Rs. 8 Crores and 3 lakhs. 900 m stretch of the river banks will be embanked.”
The irrigation department will finance the embankment project. The village situated around 20 kms from Siliguri has been planned to be set up as a new tourist destination.

“Tourists can enjoy the serene natural surroundings around the river Teesta and the Baikanthapur forest. Tourists prefer offbeat destinations set in natural surroundings,” added the minister. The Baikanthapur forest is home to several exotic flora and fauna with elephants, deer and leopards around. The tourism department will be developing 14 cottages, a restaurant, a dining hall for the new project.

Also, other tourism projects close to Siliguri are in the pipeline. By now, almost 8 acres of land has been earmarked where a man-made forest will be grown.

“This project is expected to draw a large number of tourists and nature lovers. It will become a favourite haunt for tourists visiting or stopping over at Siliguri,” said Deb. The spot has been identified near the BSF Radhabari camp on the road that connects Siliguri with Jalpaiguri. It is based around 25 kms from Siliguri.

“The man-made forest will boast of exotic trees as well as fruit trees,” added Deb. In the meantime, a “Karmatirtha” will shortly be set up near Bengal Safari in Siliguri. In Siliguri, Bengal Safari is a major attraction with both tourists and local residents visiting the area. “Built on 5 acres of land Karmatirtha will showcase and sell handicrafts and related items made by self-help groups also. People visiting Bengal Safari will also visit Karmatirtha,” Deb said.