State Opening of Parliament in London, a Treat For Locals & Visitors 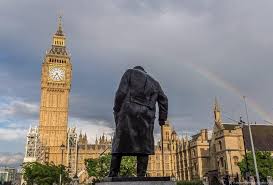 Watch the traditional procession which leads the Queen from Buckingham Palace to the Palace of Westminster for the State Opening of Parliament this month.

The century-old ceremony takes place in the House of Lords, where the Queen reads a speech written by the government (the Queen's Speech) which outlines its agenda for the coming year. The speech and ceremony is also broadcast live on BBC television.

Join the throngs of spectators as the procession makes its way along The Mall and Whitehall, before heading to the Houses of Parliament. Spot the Queen in the horse-led coach, escorted by the Household Cavalry.