Strong Increase in Passenger Volume of the Flughafen Wien Group to About Three Million (+6.5%) 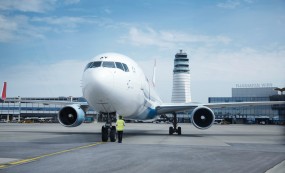 The total number of passengers handled by the Flughafen Wien Group (Vienna Airport, Malta Airport and Kosice Airport) in May 2018 rose by 6.5% to approx. three million travellers. The accumulated passenger volume in the period January-May 2018 showed an increase of 7.2% to 11.9 million. Vienna Airport also developed very positively, with the total number of passengers climbing 4.9% in the months January-May 2018.

Malta Airport reported strong growth in passenger volume of 17.3% in the month of May 2018, and Kosice Airport also showed a year-on-year rise of 3.4% in the number of passengers it handled.