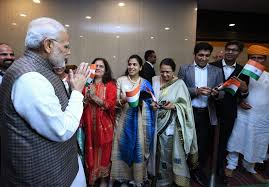 India’s Commerce and Industry Minister, Suresh Prabhu has requested the Tourism Ministry and the Maharashtra government to think of a proposal in terms of the development of scuba diving and aquarium in Sindhudurg with a mission to endorse marine tourism.

The commerce ministry of late has got a proposal from the Services Export Promotion Council (SEPC) and the Indian Institute of Scuba Diving and Aquatic Sports (IISDA) Malwan, Sindhudurg, for developing these facilities under an all-inclusive strategy to boost up marine tourism along the coast of Maharashtra, according to a recent letter to the tourism department and the state government by Prabhu. In the letter to Tourism Minister K J Alphons and Maharashtra Chief Minister Devendra Fadnavis, the commerce minister observed that the marine leisure sector is the rapid growing segment of travel.

The proposal comprises setting up of scuba diving and domestic cruise tourism destinations at Angria Bank, submarine tourism in Sindhudurg, developing the largest aquarium in India in Sindhudurg, the commerce ministry stated in a recent statement quoting Prabhu.

Prabhu has urged the tourism minister and the chief Minister to think about in terms of the proposal for early action under the champion sector initiative of the commerce ministry.

The Union Cabinet in February came to a conclusion to give focused attention to 12 champion services sectors and mandated the identified nodal ministries and departments to devise sectoral action plans under the dedicated fund of Rs 5,000 crore.