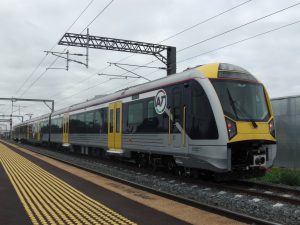 According to a report published by the Auckland Tourism, Events and Economic Development (ATEED) insufficient public transport was among the most pressing challenges faced by the Auckland’s tourism industry.

The best strategy  according to tourism operators, residents and visitors was to improve the public transport to make the region more attractive tourist destination.

In a survey of the Waiheke Island residents concerns about the pressure tourism was putting on local transport infrastructure were frequently raised.

It is expected that there will be more pressure on the infrastructure as about 2.6 million international tourists visit Auckland annually and visitor numbers are expected to rise during the next few years.

The Ministry for Business, Innovation and Employment estimates between 3.6 million and four million international tourists will arrive in the city each year by 2023.

According to  a report on sustainable tourism by Queensland’s Griffith Institute for Tourism rapid visitor growth and limited investment by central government into Auckland’s infrastructure has led to mounting resident dissatisfaction and tangible negative impacts.

An Auckland Transport (AT’s) journey planner app reavels that it would take about 50-65 minutes to get from Auckland Zoo in in Western Springs to Kelly Tarlton’s Sea Life Aquarium in Orakei on public transport.  It usually takes 2-3 buses for being transferred in the 11 km strip.

However, travelling between tourist attractions a similar distance apart in Sydney – Darling Harbour and Taronga Zoo – would take just 40 minutes on a direct bus.

ATEED’s destination general manager Steve Armitage stated that they were working with other organisations in the industry to improve connectivity in and around the city and make public transport more effective.

After the opening of $60 million bus and rail interchange at Puhinui train station would make getting to and from the airport easier after its opening in early 2021 according to the Auckland Transport.

The interchange and airport to the south-eastern suburbs will be linked to the Airport to Botany Rapid Transit project.

A simpler bus network on Waiheke Island was launched by the AT with more frequent services times to meet the ferries from Auckland CBD.

An AT spokesperson said that Waiheke is expected to experience significant population growth in the next few years. This could put pressure on an already constrained transport network.

In order to cope with the expected population growth in Waiheke, public transport must become the mode of choice for more people travelling around the island.