Sustainable, responsible travel with limiting over-crowding is the need of the hour 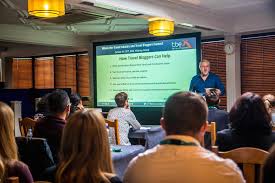 The global travel industry is seeing an upward trend. International tourist arrivals grew for the eighth consecutive year, and this uninterrupted growth has not been seen since the 1960s, according to the UNWTO.

India has everything from the snow-capped mountains of the Himalayas to the beaches of Goa, Ayurveda and yoga retreats of Kerala, the ancient city of Varanasi, Taj Mahal in Agra to the forts of Rajasthan, three dozen world heritage sites and over a 100 national parks. It has the potential to become the fourth largest travel and tourism economy after China, the US, and Germany in the coming decade, according to a report by the WTTC.

While the number of global tourists to India is on the rise, Indians are also travelling a lot more now. The numbers of those holidaying abroad is likely to treble by 2025, as per a February 2018 report by the Centre for Aviation (CAPA).

However, due to tens of millions of people visiting tourist hot spots and overcrowding, the damage caused by swarming holiday makers is now a growing reality. Besides, tourists also cause a strain on local infrastructure and even on the pockets of residents due to rise in rentals because of home-sharing sites like Airbnb Inc.

Earlier this month, the Himachal government said that it will consider restricting tourists to the ecologically fragile Lahaul-Spiti area. In January, the central government announced steps to curb the number of visitors at the Taj Mahal following a minor stampede that left five people injured at one of the entrance gates.

Worldwide, in April, Boracay, one of the top tourist islands in the Philippines, closed its doors for visitors for six months citing maintenance. A year-ago, Machu Picchu enforced rules like timed entry and limited tickets, to check large crowds.

Airbnb, which made travelling easier and more affordable, are facing the ire of local residents. People in popular tourist destinations such as Venice, Barcelona and Amsterdam, are saying: “Enough tourists; we don’t want any more.”