Sydney Metro services to open this month for travellers 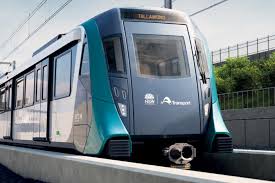 Here’s a piece of good news for commuters in Sydney! The Northwest Metro, the first of four Sydney Metro projects, will open this month.

The Northwest Metrois a turn-up-and-go rail service with 13 stations between Tallawong and Chatswood. Trains will run every four minutes in each direction at peak times on the Metro Northwest Line. In the future, trains may run up to every two minutes.

“The Metro line is currently being extended from Chatswood to Bankstown and by 2024 Sydney will have 31 metro stations and a 66 kilometre standalone metro railway,” Mr Constance said.

“We have delivered the Northwest Metro on time and more than $1 billion under budget,” Ms Berejiklian said.