Sydney residents woke up to a smoke-filled morning 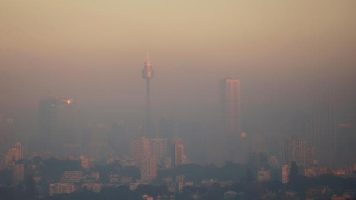 Sydney residents woke up to a smoke-filled morning on Tuesday, as scores of bushfires continue to rage across the region.

Locals have started talking about hazy skies and the stench of smoke in their homes on social media.

The state capital of New South Wales is home to around five million people, which has been affected for weeks by fires.

Six people have lost their lives in bushfires in the state’s north since October.

Sydney residents were cautioned about severe fire danger on Tuesday, as temperatures rose to 37C (98.6F) in the city’s west.

The air pollution was recorded eight times higher than the national level in some parts of the city.

Health officials have asked people to remain indoors and avoid any outside activity. People have also been told measures regarding first aid and how to help asthma patients and others with respiratory problems.

The New South Wales Rural Fire Service says that the smoke is likely to be here around for the next few days.

According to the authorities concerned the Tuesday smoke was triggered by a blaze in Wollemi National Park, 150km (93 miles) north-west of the city.

Around 50 bushfires are burning in populated coastal and inland regions to the city’s north. Around 468 homes have been doused into flames so far.

Four people have died in the fires since then. The death has occurred in different locations.

The blazes could rise later this week when heatwave conditions are supposed to reach New South Wales and neighbouring Queensland, where many fires have been reported.

A catastrophic fire danger warning has been issued for some parts of South Australia. Adelaide’s temperature is supposed to reach 42 degree Celsius on Wednesday.