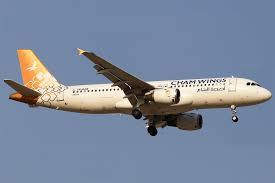 The Syrian  airline Sham Wings made its debut flight to Tunisia, marking the first trip between both countries in years.

The flight between the international airport of Damascus and the Monastir Habib Bourguiba International Airport in Tunisia reached its destination on Thursday afternoon with 150 Syrian passengers onboard.

Osama Satea, the development manager in the Sham Wings, said the flight is a prelude to scheduled flights between Syria and Tunisia, adding the new destination is part of a plan to expand the network of destinations the company is scheduling.  This development is a part of what appears to be a new era in the Syrian-Arab relations after more than seven years of war in Syria which included stranded relations with other Arab countries.

Earlier in the day, the United Arab Emirates (UAE) reopened its embassy in Damascus, just days after the Sudanese President Omar al-Bashir visited Syria and marked the first Arab leader to visit the country in more than seven years.