Tanzania to ban single use plastics, tourists advised not to carry plastic 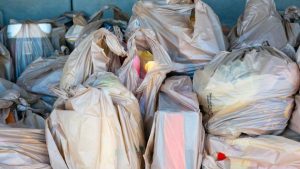 Tanzania has announced a sweeping ban of single-use plastics from June 1, 2019. It has joined Kenya and Rwanda in the effort to tackle plastic pollution. All plastic carrier bags will be prohibited from being imported, exported, manufactured, sold, stored, supplied and used in mainland Tanzania.

There will be a special desk designated at all of the country’s entry points, where visitors will be asked to surrender plastic carrier bags.

However, the government’s statement notes that Ziploc bags that are specifically used to carry toiletries will be permitted, as they are expected to remain in the possession of visitors and not disposed of while in the country.

The East African nation is the latest country to make such a commitment with regard to plastic bags, which the United Nations has described as one of the world’s biggest environmental challenges.

Kenya introduced a ban in August 2017. Punishment for not plying with the ban has been described as the toughest in the world. It punishes offenders with four years in prison or a fine of $40,000 for simply using a plastic bag.

Meanwhile, in Rwanda, it is illegal to import, produce, use or sell plastic bags and plastic packaging except within specific industries like hospitals and pharmaceuticals.

The U.N. estimates that of the nine billion tons of plastic the world has produced, a mere nine percent has been recycled.