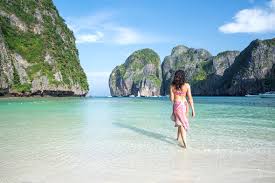 Tourism industry of Thailand is likely to expand through next year.

At least 10 percent growth in revenue is expected from this year that would fetch 3.4 billion baht according to the Tourism Authority of Thailand.

Yuthasat Supasorn, the governor of Tourism Authority of Thailand mentioned that the strong growth is anticipated from international as well as domestic markets.

Next year the international market is expected to generate income of 2.28 trillion baht and domestic market should contribute 1.12 trillion, he said. The authority also predicted that international arrivals would rise from a predicted 37.5 million this year to 40 million next year with domestic tourists accounting for 169 million trips for 2019 marking a rise from 160 million this year.

Yuthsasak asserted that tourism contributes to 11% of the country’s GDP and that this industry would continue to expand and this is quite a challenge for TAT. The tourism and sports minister Weerasak Kowsurat said that the government would continue utilizing tourism as a crucial tool to drive the economy, minimize poverty and also lower income inequality.

The government will also focus on sustainability by promoting responsible tourism.

The Thailand ministry has been inspecting resorts on Phi Phi Island to verify their quality, check their licenses and make sure that they are employing staff legally. This move is aimed to raise tourism quality and standards.

The minister said in the future tourists entering the country must buy insurance as part of new tourism standards.

TAT has called a meeting with directors from its global offices worldwide to map out strategies for next year.

TAT hopes total arrivals and revenue from the region rise by 10%.