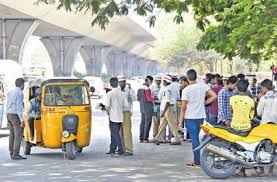 On this Mahashivaratri you can fly on a helicopter from the city for a darshan of Lord Shiva at the historical Raja Rajeshwara Swamy temple in Vemulawada and along the way, witness the magnificent Mid-Manair dam from the sky.

The trip has become a reality with the Telangana State Tourism Development Corporation (TSTDC), in association with Telangana State Aviation Corporation, launching three packages for pilgrims. Apart from darshan and accommodation, those taking the helicopter rides will have the privilege of witnessing an aerial view of the Mid-Manair project, which is now storing 23 tmc of water, Tourism Minister V Srinivas Goud said here on Thursday.

The helicopter rides were being arranged after Municipal Administration and Urban Development Minister KT Rama Rao directed the Tourism Department to make all arrangements for pilgrims visiting the Rajarajeshwara temple, Vemulawada, he said.

Apart from helicopter rides, the Telangana tourism is also operating special buses to Vemulawada. For a one-day trip and darshan, adults are charged Rs 550 and children Rs 450. Buoyed by the success of helicopter rides to Medaram jatara a few days ago, the State tourism will popularise helitourism in the coming days. During the four-day festivities at Medaram, nearly 1,000 people enjoyed air rides. Interestingly, a majority of them booked local rides while many from Hanamkonda took the ride to the venue.

All efforts were being made to operate helicopter rides to different tourism and pilgrim centres such as Somasila, Nallamalla, Srisailam, Kaleshwaram, Basara, Bhadrachalam, Yadadri and others, the Minister said, adding that measures were being taken to construct helipads at the venues along with other necessary arrangements.