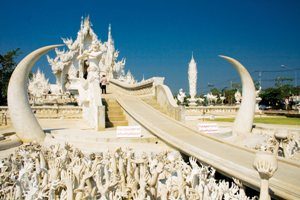 The Tourism Authority of Thailand (TAT) is pleased to announce that the Royal Thai Government has approved the extension of the visa-on-arrival fee waiver for citizens of 20 countries for another six months, until 31 October.

The decision was announced in the Royal Thai Government Gazette on 30 April, reasoning it as a measure to stimulate and promote tourism as well as to enhance the kingdom’s attractiveness among foreign visitors.

The citizens of Andora, Bulgaria, Bhutan, China including Taiwan, Cyprus, Ethiopia, Fiji, India, Kazakhstan, Latvia, Lithuania, Maldives, Malta, Mauritius, Papua New Guinea, Romania, San Marino, Saudi Arabia, Ukraine and Uzbekistan will be exempted from the 2,000 Baht visa-on-arrival fee for the purpose of touring in Thailand for not more than 15 days.

The government of Thailand first approved the visa-on-arrival fee waiver from 15 November, 2018, to 14 January, 2019, and further extended the measure to 30 April.

Now, Thailand’s Tourism and Sports Ministry is considering the possibility of charging tourists for health insurance in an effort to improve local attractions in the country.Tourism has been an economic driver for Thailand over the past decade. Last year the country welcomed over 38 million arrivals, contributing more than 2 trillion baht of income.The ministry raised the idea after the National Tourism Policy Act was enacted last week. Chote Trachu, the tourism permanent secretary, said the ministry is in talks with Naresuan University and the Office of Insurance Commission for further study of the tourism tax and will carefully find the proper solution that will have a minimal impact on the country’s tourism.