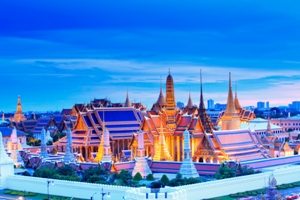 The Tourism Authority of Thailand (TAT) has published that tourism revenue earned from international visitor arrivals to Thailand and domestic trips during the 2019 Songkran holiday, all showed year-on-year increases over the same period in 2018. It is according to the Tourism Authority of Thailand (TAT), that the country welcomed 1.03 million domestic trips during 2019 Songkran holiday period.

The TAT Governor Yuthasak Supasorn, said that during the holiday period of 12-16 April, the total revenue from the international arrivals and domestic trips amounted to 22.07 billion Baht, an increase of 15 percent year-on-year.

The number of international arrivals reached 543,300 (up by eight percent year-on-year) and generated a revenue of 10.23 billion Baht (up by 14 percent). There were 3.27 million trips by domestic tourists (up by three percent), generating 11.84 billion Baht (up by seven percent).

According to Yuthasak, the international visitor arrivals performance was overall near the projections.  The East Asia market accounted for the majority of foreign arrivals during the Songkran Festival. The arrivals of international tourists from Hong Kong and India were higher than expected thanks to the visa-on-arrival fee waiver in place. The domestic market also performed close to the expectation.

To showcase local traditions of the annual Thai water festival, TAT staged Songkran 2019 festivities in the three emerging destinations of Tak, Mukdahan and Ranong. It also supported activities in 10 other provinces (Bangkok, Ayutthaya, Chachoengsao, Chon Buri, Chiang Mai, Sukhothai, Lampang, Udon Thani, Songkhla and Phuket). Together, these destinations saw 1.03 million domestic trips during the holiday period with 5.11 billion Baht generated for the local economy. The hotel occupancy in these destinations averaged  to 80 percent.

While the Songkran or the traditional Thai New Year holiday normally takes place from 13-15 April every year, there are some locations that stage unique local festivities a little later. These include in Samut Prakan’s Phra Pradaeng district in the Central Thailand region, where the local Mon people observe the New Year traditions from 19-21 April.

In the Na Haeo district of Loei in Northeastern Thailand, locals celebrate the Thai New Year with a procession of flower trees — the only tradition of its kind in the country. This year, the procession took place on the 19 and 27 April. In the Eastern region, Chon Buri’s Pattaya-Naklua districts celebrated the Wan Lai (water day) on 18-19 April while the Map Ta Phut in Rayong’s Songkran was from 19-21 April (with 21 April being Wan Lai), and the country’s easternmost Songkran celebration took place at the Laem Ngop in Trat on the last Friday of April (26 April).