The Caribbean Tourism Organization grieves at the death of Bonita Morgan 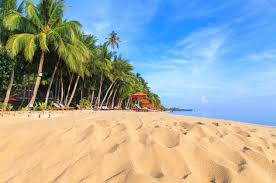 With the unfortunate passing of Bonita Morgan, director of resource mobilization and development, the Caribbean Tourism Organization have lost a great representative. She died on Friday morning April 6th in the United States, where she was going through a cancer treatment.

Bonita, who had been with the CTO ever since April 1996, was an accomplished professional who had a profound positive impact on those with whom Bonita worked with and touched hearts in the most essential ways.

Her calm and kindly personality, her fondness to hear others, her respect for colleagues, her welcoming hug, and her unselfishness was something exemplary.

Bonita was a hard-working, enthusiastic and committed member of the CTO. She had an immense passion for Caribbean youth development and world class service. She had dedicated majority of her life, helping release the potential of Caribbean people via education, training and professional development.

Also, she introduced many effectual projects and programs during her tenure at the CTO, like the development of harmonized curricula for the associate degree tourism/hospitality programme all over the region, tourism education materials for primary and secondary schools, highlighting careers in tourism with the help of media. Also, organizing an annual tourism youth congress and biennial tourism human resources conference, and being the main force behind the CTO Foundation – the programme that offers scholarships and grants to Caribbean nationals pursuing post-secondary studies in tourism, hospitality and language training, and which she administered from its inception in 1997.