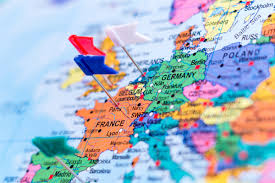 In tourist spending, UK has been outpaced by its rivals with the total representing around 1.6% of the economy, approximately a quarter below the European average of 2.1% of GDP.

The UK positioned behind France and Holland, where expenditure of tourists worth 1.7% and 1.8% of their economies respectively.

In a study, Britain ranked 23rd of 34 countries in the world, looking at spending by tourists, comprising inbound travel in the last two years as a percentage of the Gross Domestic Product (GDP) of the country by national accountancy group UHY Hacker Young.

However, of all 34 countries, UK ranked last, studied for the percentage change in terms of tourist expenditure with a 9% drop from $45.5 billion to $41.5 billion.

A principal reason behind the slower rate of growth in terms of tourist spending is that the UK is frequently not capable of upgrading tourist infrastructure capacity as fast as other emerging markets, according to the research.

The UK is stressed to add to airport capacity, with Heathrow by now operating at 98% and proposal for a third runway have just been finalized by government ministers after more than decade of debate.

By comparison, China is greatly investing in the infrastructure required for large numbers of international visitors. Beijing Daxing airport is all prepared to be world’s largest airport when it inaugurates in 2019 and Guangzhou’s new airport has expanded to house 100 million passengers every year.

In the UK, rate of growth in tourist spending in the last year in fact dropped 9% in spite of the slump in the value of sterling as a result of the Brexit vote.