The volcanic eruption of Hawaii cost its tourism sector millions 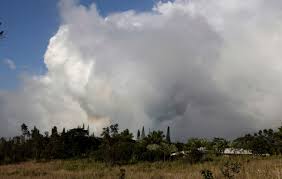 Tourists canceling vacations to the Big island of Hawaii has cost the tourism sector millions of dollars as the top attraction, Kilauea volcano, keeps sending out lava.

From May through July, cancellations have almost hit $5 million, explained Ross Birch, executive director of the island’s tourism board.

The booking pace in terms of hotels and various other activities like tours for lava viewing, zip lines and glass bottom boats have suddenly dropped 50 percent. Few cruise ships have also taken decision not to come into port even in Kona on the west side of the island, about 80 miles (129 kilometres) away from the volcano.

This is the “first leak we’re seeing out of the bucket,” Birch said.

Tourism is Hawaii’s one of the biggest and lucrative sectors, contributing a big part into the local economy. The industry expanded the fastest on the Big Island on 2017 in comparison to the other islands in the archipelago, drawing around $2.5 billion in visitor spending.

As a result of constant seismic activity and the probability of an explosion at the summit, majority of the Hawaii Volcanoes National Park remains closed to visitors. On Monday, another fissure spewing lava and unhealthy gas opened up, and the Earth crack that emerged earlier was spitting molten rock on a slow run for the ocean, officials said.

Officials of the civil defense cautioned vents in the southeast section of the Lanipuna Gardens neighborhood were releasing levels of sulfur dioxide that created an immediate danger to everyone nearby.