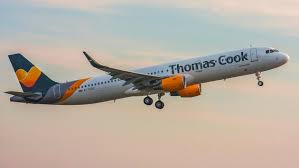 Thomas Cook needs an extra funding of £200 million with its creditors over a refining package. It was able to secure its future last month but now the rescue deal appears to be in troubled waters.

By this week the holiday firm is expecting to seal a rescue deal led by the Fosun Tourism group.
But the cast-strapped travel firm is being insisted by the by the lenders to come up with the new contingency funds.
During the slower winter months the money can be used if extra finance is required to cover the cost.

The firm would collapse without the rescue and under the terms of the current deal Fosum will be contributing £450 million of new money to the group.Through the deal the Chinese conglomerate will be acquiring 75 per cent of the Thomas Cook airline and up to 25 per cent of the tour operator.

Another £450 million would be invested by the debtholders and lending banks.
More than 80 percent of the shares have fallen in the 178-year-old tour operator after it announced the sale of its airline in February.

But due to the restructuring process the airline is no longer for sale.
Incase if Thomas Cook collapses it would be leaving around 150,000 holidaymakers stranded overseas.
The Civil Aviation Authority will have to repatriate them that would likely cost hundreds of millions of pounds.